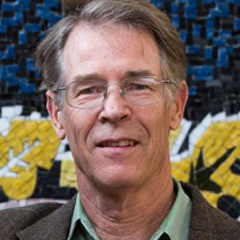 Kim Stanley Robinson is widely recognized as one of the foremost living writers of science fiction. Born in Waukegan, Illinois, but raised mostly in Southern California, Robinson is the author of nineteen novels and numerous short stories, including the Mars Trilogy and, most recently, Aurora. Many of his novels and stories have ecological, cultural, and political themes and feature scientists as heroes. Robinson’s work has appeared in 24 languages and garnered numerous awards, including the Hugo Award, the Nebula Award, and the World Fantasy Award. In 2016 he received the Robert A. Heinlein Award for outstanding science fiction that promotes space exploration. Robinson has a Ph.D. in English from the University of California San Diego, where he wrote his dissertation about Philip K. Dick. He and his wife, Lisa Howland Nowell, an environmental chemist, have lived in Davis for many years. His new novel, New York 2140, will be released in March 2017. 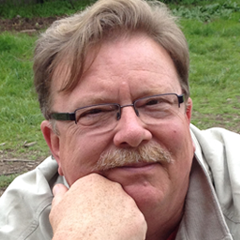 David Hance will read “The Timpanist of the Berlin Philharmonic, 1942” by Kim Stanley Robinson. Hance has been involved in the theater since the age of ten, when his father took him to see a performance of Gilbert & Sullivan’s Iolanthe. He has performed in more than 150 stage productions and was the executive director of a community-based theater company and playhouse and a part-time theater instructor at a community college. Hance is active in the theater as a writer, producer, director, and actor. He is also a member of the Davis Chorale. 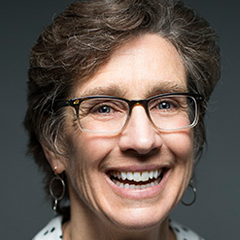 Lucy Jane Bledsoe is the author of five novels, including the recently released A Thin Bright Line, which the New York Times says “triumphs as an intimate and humane evocation of day-to-day life under inhumane circumstances.” Her fiction has won a Yaddo Fellowship, the Arts & Letters Fiction Prize, a Pushcart nomination, a California Arts Council Fellowship, an American Library Association Stonewall Award, and two National Science Foundation Artists & Writers Fellowships. Bledsoe spends as much time as possible paddling her kayak and hiking in the mountains. Her novel The Evolution of Love will be released in 2018.

Kellie Yvonne Raines will read an excerpt from A Thin Bright Line by Lucy Jane Bledsoe. Raines is an Associate Artist with KOLT Run Creations for which she directed The Adoration of Dora. Her KOLT acting credits include Escape from Happiness, Antigone, Vinegar Tom, and My Own Stranger. Her last performance was in Motherf*cker with the Hat at Big Idea Theatre. She is also a visual artist and published poet. She has a degree in Dramatic Art from the University of California, Davis and proudly works for KVIE Public Television.