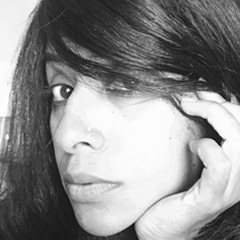 Shanthi Sekaran is a writer and educator from Berkeley, California. Her recent novel,
Lucky Boy (Penguin Random House), was named an IndieNext Great Read and an Amazon Editors’ Pick. The New York Times calls it “brilliantly agonizing” and USA Today says “Lucky Boy pulses with vitality, pumped with the life breath of human sin and love.” Her stories and essays have appeared in The New York Times, Canteen Magazine, The Rumpus, and LitHub. She’s a visiting writer at St. Mary’s College of California, and has two sons. 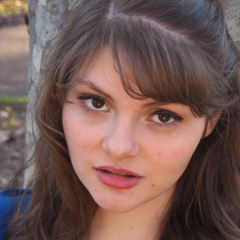 Philomena Block will read an excerpt from Lucky Boy by Shanthi Sekaran. Block is excited to be a part of Stories on Stage Davis, exploring themes from her Latin heritage with this piece. She is a recent Sacramento transplant from the Bay Area. She holds two BA degrees in Musical Theatre and Psychology from CSU Chico. She was most recently seen as Snug in A Midsummer Night’s Dream (Davis Shakespeare Festival). Theater credits include Agatha/ Hot Box Dancer in Guys and Dolls (The Jewel Theatre), Collete in La Cage Aux Folles (Cabrillo Stage), Female Swing in Avenue Q (Berkeley Playhouse), Alex in On the Verge and Patsy in Spamalot (CSU Chico). When not performing, Block works as a creative teacher and marketing professional. 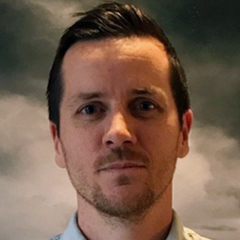 Robert Faus holds an MFA in creative writing from the Bennington Writing Seminars. He has had stories published in Plazm Magazine, The Evansville Review, Southern California Review, and The Southampton Review. Originally from Oregon, he currently lives in Davis, California, with his wife and son. 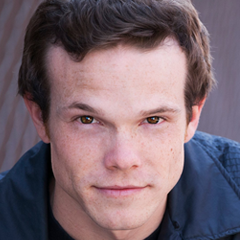 Ian Hopps will read “Metal” by Robert Faus. Hopps is grateful to be returning to Stories on Stage Davis and, as a life-long reader, excited to give voice to the author’s work. Growing up in LA’s San Fernando Valley, he began acting and telling stories at a young age, pursuing the craft in elementary school and continuing through college at San Francisco State University. Since transplanting to the Sacramento area two years ago, he has worked with Davis Shakespeare Ensemble, Sacramento Theatre Company, and Capital Stage. His next role is Macduff in STC’s upcoming production of Macbeth. Hopps would like to give a sincere thanks to the Davis community for showing so much support to the arts! “Thou art as wise as thou art beautiful.”