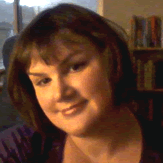 Valerie Fioravanti is the author of the linked collection of Brooklyn stories Garbage Night at the Opera from BkMk Press, winner of the Chandra Prize for Short Fiction. She is the founder of Stories on Stage Sacramento and a private writing coach. Garbage Night at the Opera covers roughly 30 years in the life of one extended family as their neighborhood loses the factory jobs that supported them, languishes for a generation, then gentrifies beyond their means.

Kevin McIlvoy describes it as a book that “intimately places you inside the characters’ hearts and minds, as they reckon with what cannot be salvaged—and what can.” According to the San Francisco Book Review, Fioravanti’s characters “are real and unapologetic. Her backdrop of Brooklyn…is vivid, with language that is accessible and street as well as poetically spot on.” We have chosen to present the title story—a story that mixes despair, humor, and above all, a fighting spirit and hope.

Jim Lane will read Valerie Fioravanti’s “Garbage Night at the Opera.” Jim received his BA in theatre from CSU Sacramento in 1977. He has been acting and directing for over 50 years in Sacramento and Southern California, where he earned an MA in theatre from CSU Long Beach. Jim has worked at Sacramento Theatre Company, Capital Stage, and at Sacramento’s Music Circus, among many others. Favorite roles include Harold Hill in The Music Man, Henry Higgins in My Fair Lady, Philip Marlowe in The Little Sister, the Stage Manager in Our Town, Erronius in A Funny Thing Happened on the Way to the Forum, Henry in Luigi Pirandello’s Enrico IV, and Elwood P. Dowd in Harvey. Jim’s screen appearances include Clint Eastwood’s Bird and Wisdom with Emilio Estevez and Demi Moore. Jim is also a film critic for the Sacramento News & Review, and he blogs on Classic Hollywood at Jim Lane’s Cinedrome. 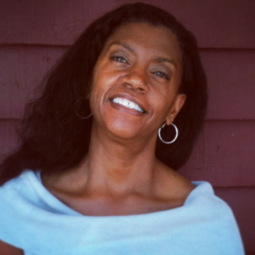 Michelle Woods‘ fiction has been published in the Sacramento News and Review and the Blue Moon Literary & Art Review. Her short story “Dirty Water” will be featured in the upcoming Sacramento Stories on Stage season. She is a graduate of the California State University, Sacramento, creative writing program and currently lives in Davis.”Collard Greens & Baklava,” the first chapter of a novella, explores the experiences of  Latreece, a woman who is rebuilding her life after ending an uninspired marriage. In search of community, she joins the Prayer Walking and Outdoor Communion Committee of a local church. But instead of communing with nature, she finds herself contemplating questions about identity, intimacy, and society’s unease with single women.

Pam Metzger will read Michelle Woods’ “Collard Greens & Baklava.” Pam has been a voice-over talent for over 35 years. Working 20 years as a radio announcer in several different formats helped develop her skills and ability to deliver in a unique way to many different audiences. Her love of the written word makes for an interesting read, no matter what the content. Pam has two sons and is currently employed at Univision Communications as a Senior Account Executive.