Episode #5: “Tell Me What You Think of Me” by Alexandra Chang read by Joy Ding

Alexandra Chang is from Northern California. She graduated from UC Berkeley and received her MFA from Syracuse University. Her fiction has appeared in Zoetrope: All-Story, Glimmer Train, LARB Quarterly Journal, Catapult, and elsewhere. She has previously worked as a technology reporter for WIRED and Macworld. 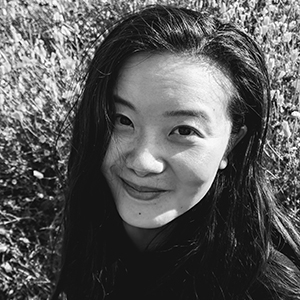 Joy Ding is a writer, actor, and musician living in San Francisco. She grows things invisible/emotional and concrete/edible. She earned a masters in creative writing from UC Davis, where she studied writing and acting. As maybe you can tell already, she loves to combine things, so reach out if you have a weird idea you'd like to collaborate on. She'll listen.