Mathieu Cailler is an award-winning author whose poetry and prose have been widely featured in numerous national and international publications, including the Los Angeles Times and The Saturday Evening Post. A graduate of the Vermont College of Fine Arts, he is the winner of a Short Story America Prize and a Shakespeare Award. He is the author of the short-story collection, Loss Angeles (Short Story America Press), which has been honored by the Hollywood, New York, London, Paris, Best Book, and International Book Awards; the poetry collection, May I Have This Dance? (About Editions), winner of the 2017 New England Book Festival Poetry Prize; and the children’s book, The (Underappreciated) Life of Humphrey Hawley (About Editions), which has been nominated for the Caldecott Medal and the Newbery Award, among other notable prizes. Catacombs of the Heart is his second full-length poetry collection and most recent book. Another children’s title, Hi, I’m Night, is forthcoming from Olympia this summer. 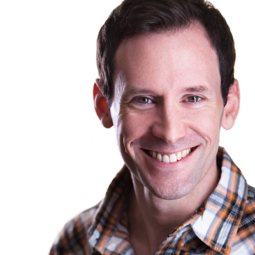 Christopher Ryan has been on the following Broadway National tours: First National Tour of Young Frankenstein in the title role of Dr. Frankenstein, Spamalot (Las Vegas company), and touring productions of My Fair Lady, The Music Man, and Camelot. New York City credits (Off-Broadway & Showcases): Next to Normal, Flirtation, Red Hot & Blue, Bless You All, If You Could See: The Alice Austen Story, and The Bone Wars. Regional shows have included My Mother’s Lesbian Jewish Wiccan Wedding, Death of a Salesman, You’re A Good Man, Charlie Brown, The 1940’s Radio Hour, Beauty and the Beast, Annie, Chess, and Evita. In the summer of 2018, Christopher had the pleasure of making his West Coast Regional theater debut as Oscar Jaffee in Davis Shakespeare Festival’s production of On the Twentieth Century.