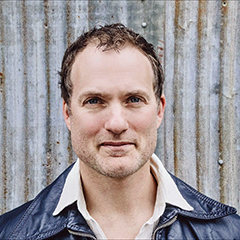 Josh Weil is the author of three books of fiction: the novel The Great Glass Sea; the novella collection The New Valley; and The Age of Perpetual Light, stories. A Fulbright Fellow and National Book Foundation “5-under-35” honoree, he has been awarded The American Academy of Arts and Letters’ First Fiction Prize, the Dayton Literary Peace Prize, the GrubStreet National Book Prize, the Library of Virginia Literary Award, and a Pushcart. He lives with his family in the Sierra Nevada of Northern California.

Jim Lane will read an excerpt from Josh Weil’s collection The Age of Perpetual Light. Lane got his BA in Theatre from CSU Sacramento in 1977. He has been acting and directing for over 50 years in Sacramento theaters—and in Southern California, where he earned an MA (also in Theatre) from CSU Long Beach. Lane has worked at Sacramento Theatre Company, Capital Stage, and at Sacramento’s Music Circus, among many others. Favorite roles include Harold Hill in The Music Man, Henry Higgins in My Fair Lady, Philip Marlowe in The Little Sister, the Stage Manager in Our Town, Erronius in A Funny Thing Happened on the Way to the Forum, Henry in Luigi Pirandello’s Enrico IV, and Elwood P. Dowd in Harvey. Lane’s screen appearances include Clint Eastwood’s Bird and Wisdom with Emilio Estevez and Demi Moore. Lane is also a film critic for the Sacramento News & Review, and he blogs on Classic Hollywood at Jim Lane’s Cinedrome (jimlanescinedrome.blogspot.com). 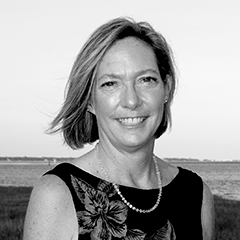 Michele Moore’s debut novel, The Cigar Factory: A Novel of Charleston, has won the 2016 Langum Trust Prize for Best American Historical Fiction as well as the 2016 Foreword Indies Review Gold Medal for Best Historical Fiction. Moore also wrote “Sound of the Cigar Factory,” a performance piece based on part of the novel, which was performed at the 2016 Piccolo Spoleto Festival in Charleston, S.C.  She has recently completed a script adapting the full novel for the stage. A 2006 finalist for the Bellwether Prize for Literature, Moore has served as a fellow in the English Department at Piedmont College in Demorest, Georgia. 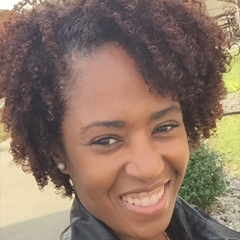 Alana Mathews Arcurio is excited to return to Stories on Stage Davis to read an excerpt from Michele Moore’s The Cigar Factory: A Novel of Charleston.  She previously read excerpts from Queen Sugar by Natalie Baszile and a creative writing piece by Jacinda Townsend.  In addition to performing for Stories on Stage -Sacramento, Alana was cast as Martha for the staged reading of Joe Turner’s Come and Gone at the Sacramento Theatre Company.   She appeared in several productions with Celebration Arts and received an Elly nomination for Best Lead Actress for her role of Marta in Sorrows and Rejoicings by Athol Fugard.   Alana most enjoys the role of mom to her three children Caleb, Jordan, and Josiah when they are home from college.