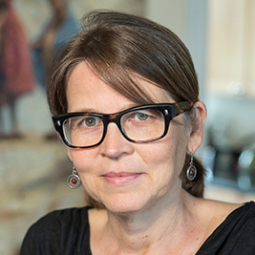 Lori Ostlund’s novel After the Parade (Scribner, 2015) was shortlisted for the Center for Fiction First Novel Prize and was a Barnes and Noble Discover pick. Her first book, a story collection entitled The Bigness of the World, won the 2008 Flannery O’Connor Award, the Edmund White Debut Fiction Award, and the 2009 California Book Award for First Fiction. Stories from it appeared in the Best American Short Stories and the PEN/O. Henry Prize Stories, among other places. Lori has received a Rona Jaffe Foundation Award and was a finalist for the 2017 Simpson Family Literary Prize. She is a teacher and lives in San Francisco with her wife, son, and cats, though she spent her formative years in Minnesota, cat-less. 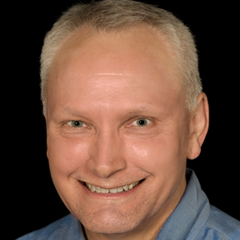 Bob Cooner will read “Passing Through Needles,” by Lori Ostlund. Cooner has performed in plays and musicals in Sacramento, Chicago, New York City, Houston (his hometown), and on tour. Woodland Opera House theatergoers have seen Bob in such roles as Arthur in Camelot, Georg in She Loves Me, Tateh in Ragtime, Scottie in Tribute, Arvide in Guys and Dolls, and Wilbur in Hairspray. Other local productions include Assassins (Charles Guiteau) with Artistic Differences, Side by Side by Sondheim with the Actor’s Theatre of Folsom, and Love Letters (Andy) with Knockabout Stage. As a cabaret performer, Bob has created and performed I’ve Heard That Song Before: The Songs of Sammy Cahn and Uptunes for the Downturn with musical director Sam Schieber, as well as It’s Not Too Late, By Hart: The Songs of Lorenz Hart, Two for the Road: The Travel Show, and It’s Not Me, It’s You with musical director Graham Sobelman. As a director, Bob has helmed the Woodland Opera House productions of Stepping Out, 42nd Street, Blithe Spirit, Miracle on 34th Street: The Musical, A Christmas Carol: The Musical, Second-Best Bed (world premiere of his husband Matthew Abergel’s play), Sherlock Holmes: The Final Adventure, Noises Off, Brigadoon, Man of La Mancha, and Once Upon a Mattress, as well as the Lambda Players production of As Bees in Honey Drown. As a playwright, Bob has had two plays produced at the Woodland Opera House: Prime Time for the Holidays and The Emperor’s New Clothes. He is an English and theatre teacher at Cosumnes Oaks High School in Elk Grove. 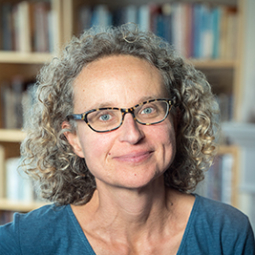 Anne Raeff’s second novel, Winter Kept Us Warm, published in 2018, won the silver medal for the California Book Award for Fiction. Her short story collection, The Jungle Around Us won the 2015 Flannery O’Connor Award for Short Fiction. The collection was also a finalist for the California Book Award and was on The San Francisco Chronicle’s 100 Best Books of 2017 list. In 2019 she was a finalist for the Simpson Literary Award. Clara Mondschein’s Melancholia, also a novel, was published in 2002. Raeff’s stories and essays have appeared in New England Review, ZYZZYVA, and Guernica among other places. Her next novel, Only the River, will be published in May 2020. She is proud to be a high school teacher. She lives in San Francisco. 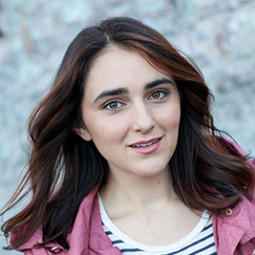 Gabby Battista will read “The Doctor’s Daughter,” by Anne Raeff. Battista is an actress based in the Sacramento region. She has been working as the Development Director for the Davis Shakespeare Festival for the past three years and has enjoyed her passion for community outreach and acting simultaneously. Her recent acting credits in the Sacramento region include Jesusa, from Davis Shakespeare’s The Tenth Muse, and Alicia from Capital Stage’s production of The Thanksgiving Play. She very excited to finally have to opportunity to be reading for stories onstage tonight.