Anthony Marra is the New York Times bestselling author of a National Book Awards Longlist selection, A Constellation of Vital Phenomena. He is the winner of a Whiting Award, a Pushcart Prize, The Atlantic’s Student Writing Contest, and the Narrative Prize, and his work was anthologized in Best American Nonrequired Reading 2012. Marra holds an MFA from the Iowa Writers’ Workshop and was a Stegner Fellow at Stanford University. He has lived and studied in Eastern Europe, and now resides in Oakland, California. 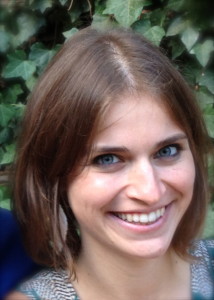 Maria Kuznetsova’s short fiction appears in New Ohio Review, The Southeast Review, and The Summerset Review. Her novel, The Accident, won the 2011 UC Davis Maurice Prize in Fiction, and an excerpt from the work is forthcoming in The Iowa Review. Stories on Stage Davis will feature “The Foreigner,” which received an honorable mention in Glimmer Train’s Short Story Award for New Writers. Kuznetsova lives and writes in Oakland, California.