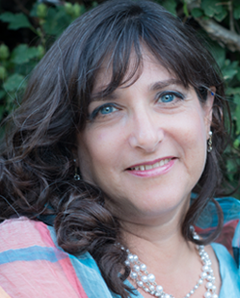 Eileen Rendahl is is the national-bestselling and award-winning author of the Messenger series and four Chick Lit novels. Her alter ego, Kristi Abbott, writes cozy mysteries. She also writes under the names Eileen Carr and Lillian Bell. Rendahl’s first novel with a major New York publisher was a double finalist for the Romance Writers of America’s prestigious Rita Award in its Mainstream Novel with Romantic Elements category as well as a finalist for the National Readers’ Choice Award. She has gone on to be a finalist for the Daphne du Maurier Award, the Booksellers Best Award, the Book Buyers’ Best Award, the Award of Excellence, and the Prism Award. Her work has won the Lories Award and the Beacon Award in the Mainstream Novel with Romantic Elements category and the National Readers Choice Award in the Paranormal category. She started writing for the worst of reasons (she thought it would be easy!) and has spent years working on her craft. She recently graduated from the Creative Writing MFA program at Antioch University in Los Angeles. She has had many jobs and lived in many cities and feels unbelievably lucky to be where she is now and to be doing what she’s doing. 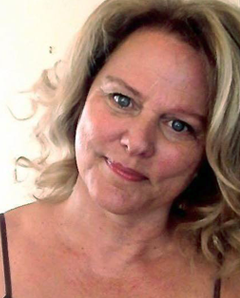 Born in Virginia, Kris Calvin moved to California at the age of six. She grew up loving public libraries and reading, and has never stopped. She was educated in economics and psychology at Stanford and UC Berkeley, and was honored by the CA Assembly and Governor’s office for her leadership in child advocacy. Calvin also has training in forensic psychology. Her debut novel, One Murder More, based in Sacramento, was awarded the Killer Nashville Silver Falchion top honor for Best First Novel, Best Political Thriller, and Best Female PI/Sleuth. Calvin has a short story forthcoming in the Unloaded 2 anthology from Down and Out books in April 2018, a collection of crime fiction that has no guns, benefiting gun violence prevention efforts. When she isn’t reading or writing, you can find Calvin in the halls of the capitol or with her kids, cheering on her favorite sports teams, the SF Giants, Sacramento River Cats, and Golden State Warriors. 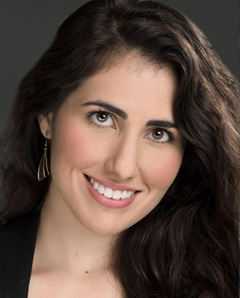 Gia Battista will read an excerpt from Assault and Buttery, the latest book in Eileen Rendahl’s Kristi Abbott Popcorn Shop Mystery Series. Battista is a founding Artistic Director of Davis Shakespeare Ensemble, where she was most recently seen as Ruth Sherwood in Wonderful Town and Milady in Three Musketeers. Past DSE acting credits include Bells Are Ringing, Nightingale, A Midsummer Night’s Dream, and Relapse. Past DSE directing credits include The Mystery of Edwin Drood, She Loves Me, and The Sonnet Project. Other theater credits include Dorine, Tartuffe, Sacramento State Opera Theater; Chorus, The Hunchback of Notre Dame, Music Circus; Gallathea, Gallathea and Isabella, Measure for Measure, UC Davis Theater & Dance; Shiela, Hair, Studio 301 Productions. Battista has a BA in English and Dramatic Art from UC Davis and is currently pursuing an MM in Vocal Performance at Sacramento State. 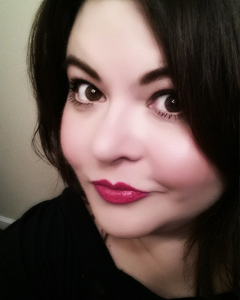 Kellie Yvonne Raines will read an excerpt from Kris Calvin’s novel-in-progress, Tracked, the follow-up to Calvin’s award-winning book One Murder More. Raines is a local actor, director, playwright, and visual artist. She is an Associate Artist with KOLT Run Creations, for which she directed The Adoration of Dora. Her KOLT performance credits include Escape from Happiness, Vinegar Tom, Antigone, and My Own Stranger. Other notable performances include Motherf**ker With The Hat and The Underpants (Big Idea Theatre), Hamlet (Theater Galatea), and God’s Ear and Five Women Wearing The Same Dress (Resurrection Theatre). She recently directed Episode 4 of Boxed Up: The Musical—an immersive, site specific, episodic musical. She has a bachelor’s degree in Dramatic Art from the University of California, Davis. She can also be seen on air for KVIE Public Television.