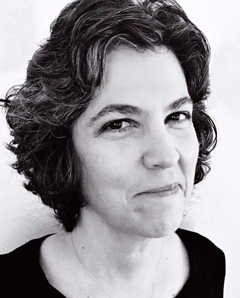 Achy Obejas is the author of the critically acclaimed novels Ruins, Days of Awe, and three other books of fiction. She edited and translated (into English) the anthology Havana Noir, and has since translated Junot Díaz, Rita Indiana, Wendy Guerra, and many others. In 2014, she was awarded a USA Ford Fellowship for her writing and translation. She currently serves as the Director of the MFA in Translation program at Mills College in Oakland, California. Photo: Megan Bayles 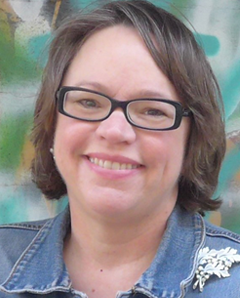 Ann Hillesland’s work has been published in many literary journals, including Fourth Genre, Sou’wester, Bayou, The Laurel Review, Corium, and SmokeLong Quarterly. It has been selected for the Wigleaf Top 50 Very Short Fictions, been nominated for a Pushcart Prize, and has been previously presented onstage by Stories on Stage in Colorado. She is a graduate of the MFA program at Queen’s University of Charlotte.  For more of her work, see her website at http://annhillesland.com. 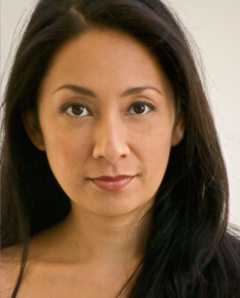 Kat Miller will read “The Cola of Oblivion” and “Exile” by Achy Objeas. Miller is a proud member of Actor’s Equity Association. She began her professional theater career performing in regional theaters of Northern California. She is a former member of the Sacramento Theatre Company, where her credits include Gwendolen in The Importance of Being Earnest, Vicky/Brooke in Noises Off, The Goddess Parvati in Arranged Marriage, Ifigenia in Electricidad, and Padma in Queen of the Remote Control. Miller is also a member of the Canadian Actor’s Equity Association. Credits abroad include the role of Tecmessa in Timberlake Wertenbaker’s Ajax in Afghanistan and Artemis in Valina Hasu Houston’s The Intuition of Iphigenia—both productions were world premieres performed in Greece in 2012. Other favorite shows include Fat Pig, Much Ado About Nothing (Capital Stage), A Midsummer Night’s Dream, Taming of the Shrew, and Othello (Sacramento Shakespeare Festival). 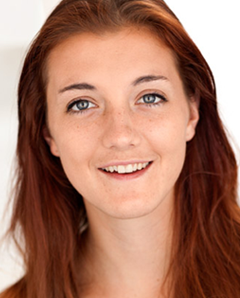 Emily Serdahl will read “Safety and Well-Being” by Ann Hillesland. Serdahl is a Bay Area-based actress. She has performed at the Oregon Shakespeare Festival, The Folger Shakespeare Theater, ZSpace, Sacramento Theatre Company, and the Guthrie Theater. She recently completed her B.F.A. in Performance at Southern Oregon University. Her past roles include Nina in Seagull, Emily Webb in Our Town, Catherine Petkoff in The Arms and the Man, and Marnie in The Drunken City. For more information, visit http://emily-serdahl.squarespace.com.