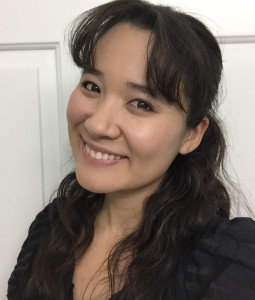 Eimi Taormina will read from Pioneer Girl by Bich Minh Nguyen. Taormina is very excited to be doing her first reading with Stories on Stage! She usually performs in various community theaters in the Sacramento area. Some of her favorite roles include Eponine in Les Miserables, The Witch in Into the Woods, Rhoda in A New Brain, and Christmas Eve in Avenue Q. Aside from performing in musicals, Taormina graduated with a master’s degree in forensic science from UC Davis and also works full time as a chemist at the UC Davis Equine Analytical Chemistry Laboratory. She would like to thank her loving husband, Patrick, for all his support. 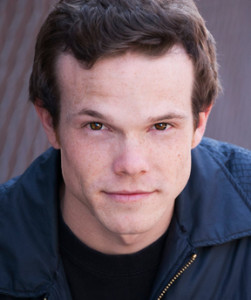 Ian Hopps will read “Swindle” by Anita Yu. This is Hopps’ debut at Stories on Stage and, a life-long reader, he’s very excited to give voice to the author’s work. Growing up in L.A.’s San Fernando Valley, Hopps began acting (and telling stories) at a young age, pursuing the craft early in elementary school and continuing through college at San Francisco State University. Recently transplanted to the Sacramento area, he now works as an associate producer for the Davis Shakespeare Ensemble and continues to pursue acting. His next role will be in Big Idea Theatre’s upcoming production of The Rover. Hopps would like to give a sincere thanks to the Davis community for showing so much support to the arts! “Thou art as wise as thou art beautiful.”

Bich Minh Nguyen is the author of three books, all with Viking Penguin. Short Girls, a novel, was an American Book Award winner in fiction and a Library Journal best book of the year. Stealing Buddha’s Dinner, a memoir, received the PEN/Jerard Award from the PEN American Center and was a Chicago Tribune Best Book of the Year. Stealing Buddha’s Dinner has been featured as a common read selection within numerous communities and universities. Nguyen’s work has also appeared in publications including The New York Times and the FOUND Magazine anthology. Her most recent novel is Pioneer Girl. She is at work on a series of essays about high school, music, and the Midwest.

Nguyen received an MFA in creative writing from the University of Michigan and has taught fiction and creative nonfiction in the MFA Program at Purdue University and the MFA in Writing Program at the University of San Francisco. She has also coedited three anthologies: 30/30: Thirty American Stories from the Last Thirty Years (Penguin Academic); Contemporary Creative Nonfiction: I & Eye (Longman); and The Contemporary American Short Story(Longman). She and her family live in the Bay Area. 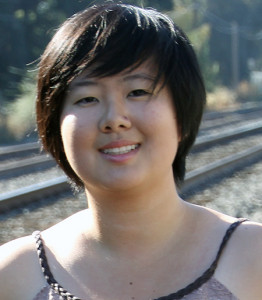 Anita Yu is a second-year English major at UC Davis. Her short story “Swindle” is the first story of a series of short stories called The Isolation Field. “Swindle” won the Diana Lynn Bogart Prize for Fiction. Yu is currently enrolled in ENL 100F, where she has written her second story in the series, titled “Inclusion.”