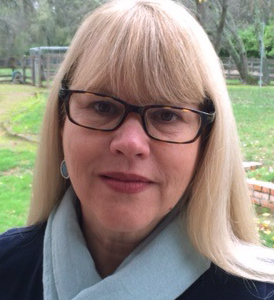 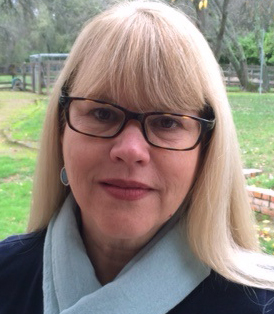 Renée Thompson’s stories have appeared in Crossborder, Narrative, Literal Latte, Arcadia, Animal: A Beast of a Literary Magazine, 10,000 Tons of Black Ink, and Chiron Review. She has placed as a finalist in competitions sponsored by Narrative, Literal Latte, Glimmer Train, and Writer’s Digest. She is the author of two novels, The Plume Hunter and The Bridge at Valentine, which was recently selected as the 2014 community book for Woodland Reads. She is currently working on a new novel. 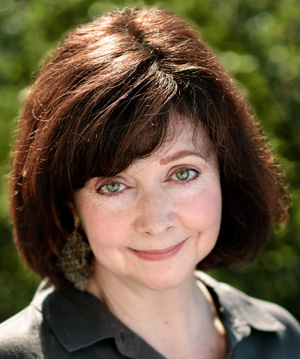 Tracy Guzeman, still a Midwesterner at heart, grew up outside of Chicago, and received her degree in landscape architecture from Iowa State University. She has held various marketing positions in Silicon Valley start-ups, and for the past seventeen years has owned her own company, providing event management and consulting services across a wide range of industries. A Pushcart Prize nominee, and a featured author for the 2014 Twitter Fiction Festival, her work has been published in Vestal Review, Glimmer Train, and Gulf Coast, where her story “Einstein” received honorable mention for the Donald Barthelme Prize for Short Prose. Her first novel, The Gravity of Birds, was published by Simon & Schuster, and foreign rights have sold to ten countries. Of the novel, the San Francisco Chronicle writes, “Guzeman’s book is about sibling rivalry, tragedies and resurrections. And it’s irresistibly exquisite.” She is currently working on her second novel. 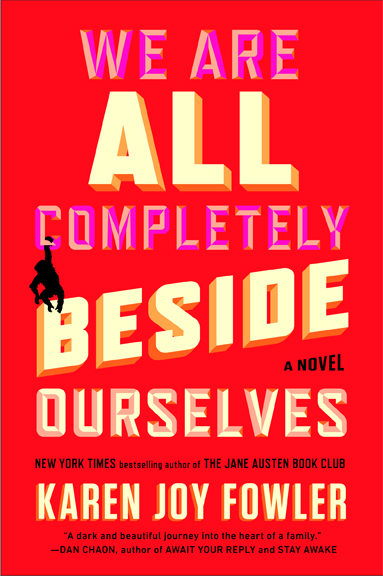 What will be left after the great December storm of 2014 blows through Davis? One thing you can count on: we’ll be at the Pence Gallery on Saturday, along with Karen Joy Fowler and Sue Staats. We can’t wait. As always, stick around after the event to get your books signed and meet the actors and writers. Did you love the story? Is a sentence still ringing in your head? Did the performance bring the piece to life in a way you’d never imagined? Let them know!

In case you don’t yet have Karen Joy Fowler’s award-winning new novel (or are missing one of her other amazing books), Davis’s independent bookstore, The Avid Reader, will be at the Pence with copies to sell.

Until then, reinforce your umbrellas, secure your lawn furniture, and locate your battery-powered booklights. See you Saturday!

“As part of leaving Bloomington for college and my brand new start, I’d made a careful decision to never ever tell anyone about my sister, Fern. Back in those college days I never spoke of her and seldom thought of her. If anyone asked about my family, I admitted to two parents, still married, and one brother, older, who traveled a lot. Not mentioning Fern was first a decision, and later a habit, hard and painful even now to break. Even now, way off in 2012, I can’t abide someone else bringing her up. I have to ease into it. I have to choose my moment.” — from We Are All Completely Beside Ourselves, by Karen Joy Fowler 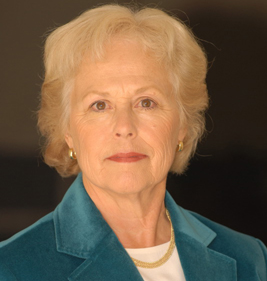 Roberta Feldner Stuart will read from We Are All Completely Beside Ourselves by Karen Joy Fowler. She is a graduate of The American Academy of Dramatic Arts, NYC, where she trained in stage technique, voice, and dance movement, and has studied with many legendary coaches in film, television and voice-over technique. Her professional membership in SAG/AFTRA, AGVA, EQUITY, and ASCAP is evidence of her engagement and experience in all professional aspects of the entertainment field. Over the course of Stuart’s multi-faceted career, she has performed on stage Off Broadway in New York and in Los Angeles, and appeared in numerous television performances, commercials, and voice-over assignments. She  was featured in Brian De Palma’s film The Fury and in many made-for-television Movies of the Week. Stuart produced, directed, and hosted the talk show “All About Real Estate” for KIEV 870AM in Los Angeles, pairing her broadcasting experience with her second profession as a California Realtor which, after twenty-five years, she continues to enjoy as an Associate with Realty World Camelot.

Although semi-retired, she adheres to the old adage, “Ya can’t hit a moving target!” In the spirit of moving forward, Stuart recently formed The Well Seasoned Players, a small but growing group of mature actors whose first performance of her short one-act play, “Samantha Desire,” will debut at the Davis Senior Center on December 19. Their group motto is, “Have play, will perform just about anywhere!” Find more information in the Davis Senior Center newsletter. Stuart loves Stories On Stage Davis and is pleased to be reading in December. 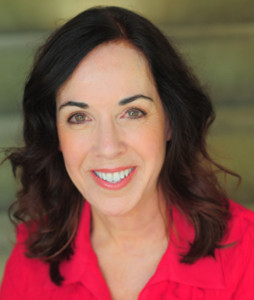 Bonnie Antonini will read “Marshmallow Empire” by Sue Staats. She is an actress living in Sacramento and dividing her time between Los Angeles and San Francisco for work. She’s done over twenty commercials (the most recent for Little Caesar’s Pizza), numerous plays, industrials, voice work, and modeling. Besides acting, she also hosts an online cooking show and writes a cooking blog, both entitled Vegetarian Cooking For Carnivores. Her websites are  VegCookingForCarnivores.com and VegCookingForCarnivoresBlog.com.